Rent a Goalie in Toronto with Puck App

Meet Some of Toronto’s Rental Goalies

Matt F.
“We loved this guy. He fit in quite well with the guys. Thx for the booking.”

Tim W.
"Tim is a great goalie with an outgoing and positive personality"

Gabe N.
“Gabe filled in for our team in the DMHL and made some key saves in our 2-1 victory!! Great App!!

Karl G.
Karl did a great job. Arrived early. Played awesomely. Fit in well with the guys. I'd love to have him back.” 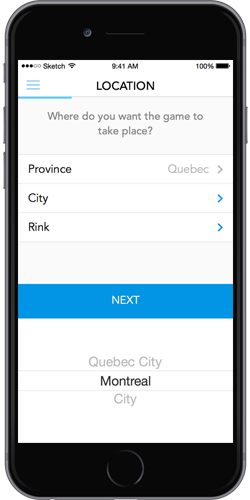 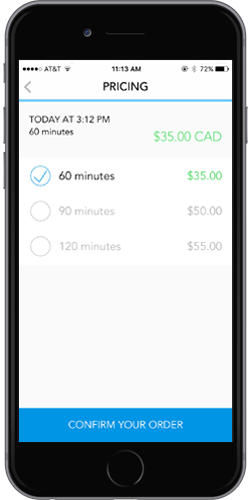 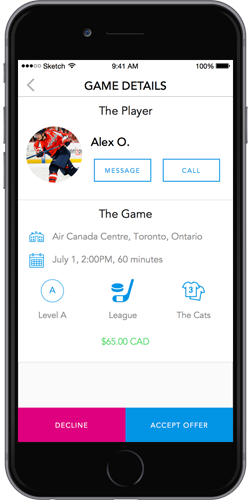 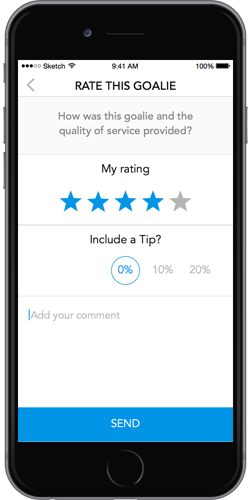 Rent a Goalie in Toronto with Puck App

If it’s your first time using Puck App, use Promo Code “PUCK” to save $5.

The app was developed to help teams quickly find and rent a goalie when they need one – on demand, and in real time. We know first hand that playing hockey without a goalie is no fun and can even cause your team to automatically forfeit the game. Finding a last minute goalie can be stressful and we want to relieve that stress and give you peace of mind that you’ll have somebody in net for you. We want you focusing on crushing your game instead of filling a net.

We all know the feeling…. We get the dreaded text/email/facebook message from our main goalie saying something along the lines of:

“Can’t making it tonight boys, it’s girls night out and I have to watch the kids”

“I’m tired of getting left out to dry each game, I’m playing out!”

When we get a message like any of the above, we send out a few other messages to the goalies we know to see if they’ll play. They either do not answer, can’t make it, or make up some lame excuse about what they have to do instead. When you’ve found yourself in this situation then it’s about time you download Puck App and get an awesome goalie ASAP, all with a few swipes.

Why Rent with Puck App?

Making sure that the right goalie comes out to your game is very important to us which is why we have specific levels of goalies and games. Our app also has a feedback section so we know who are our best goalies for your game and can get smarter over time. We want to be clear that the best goalie doesn’t mean that he almost played pro and got you guys a shutout. The app matches the game with the best goalie for that level. We know that having an A level goalie at a family pick up games isn’t fun for anyone involved so Puck App makes everyone happy – goalie and player alike.

Our goalies will arrive on time so you’re not freaking out 5 minutes before game time. Our goalies will be team players in the dressing room and will try their best to help your team win. Keep in mind everyone has a bad game so please be understanding and be respectful of our goalies – they want to do their best for you, after all! If you feel like your Puck App goalie wasn’t the right fit for the game please let us know and we’ll make it up to you.

Puck App has over 400 goalies in Toronto

Toronto and the GTA have the highest number of ice rinks per capita in the world (pretty cool, right?) and we’re fortunate to have many different levels and types of leagues available to play in. Puck App has partnered with the following leagues to ensure that each game has two goalies. We know that some leagues require that goalies fill out a form before playing so if that is the case then please send those forms to our goalies via text through the app.

In the winter time, you can see some our goalies playing at Toronto’s outdoor rinks across the city. Some of the most common rinks in Toronto are: Mattamy, Ricoh, UCC, De La Salle, Moss Park, Forest Hill, ………… If we’re missing the rink near you please send a request for the closest rink and let the goalie know through the messaging system in the app. Please also send us an email through support and we’ll add that rink to the app permanently.

We used to hear the joke that the Toronto Maple Leafs should use Puck App to rent a goalie, but we hope that those jokes are soon behind us with Frederik Andersen starting to become the goalie of the future. In case it doesn’t turn out that way, we’ll still be here 😉 If you’re interested, here are 4 Times where the NHL could have used Puck App.

Hi Guys, it’s Niki from Puck App. I thought I’d create a quick video to show you how easy and how quickly it is to rent a goalie with Puck App.

So I’m going to pretend that I’m Mike Babcock and Freddy Anderson just came be a call and looks like he had a few too many drinks and won’t be able to make the game for the leaf’s home opener. So I’ve gone to the app store or the google play store and downloaded Puck App.

This is the home page. I’m looking for a goalie so I click find a goalie. Then I put the province, the city, the rink… we’re playing at the ACC. And the home opener is Saturday night and the puck drops at 7.

Here you put the team name, the level of the game, it’s obviously an A game since it’s the NHL and it’s a league game since it’s the first game of the season. Click Next, I can log in to my profile here. This is my personal email so don’t send any emails to this address. So I log in. It’s 3 twenty minute periods so a 60-minute game. I confirm my order and now Puck App sends a notification to all the goalies nearby that can play NHL games and wait a few minutes here.

Ah looks like we have Martin. Lets see who he is. Looks likes it’s Martin Brodeur! I didn’t know he was in Toronto and had his equipment. Lets shoot him a quick message. Oh looks like my messages to Freddy are still here.

“Hey Marty, are you good to play?” Looks like he answered “Oui, I’ve been working on my butterfly all summer”. Perfect, looks like we’re good to go! And like that, under a minute, you’ve been able to rent a goalie with Puck App. Thanks for watching. 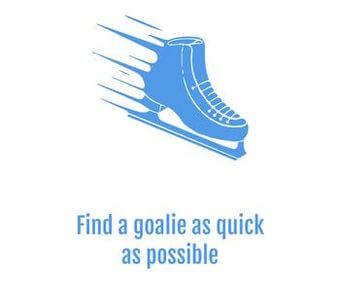 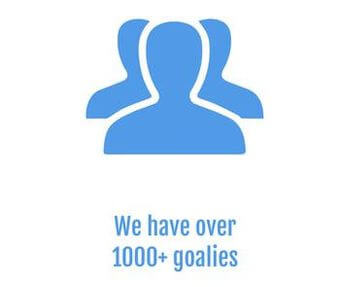 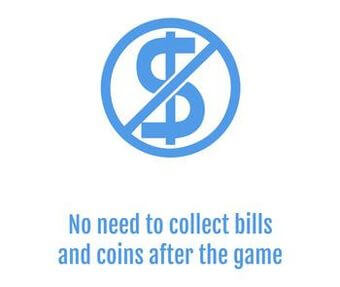 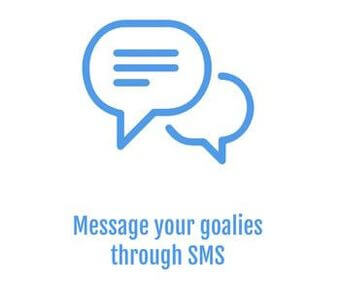 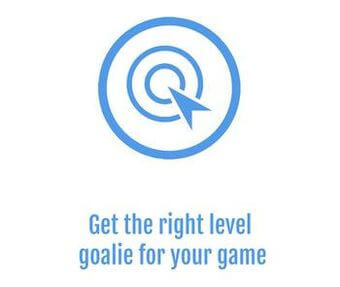